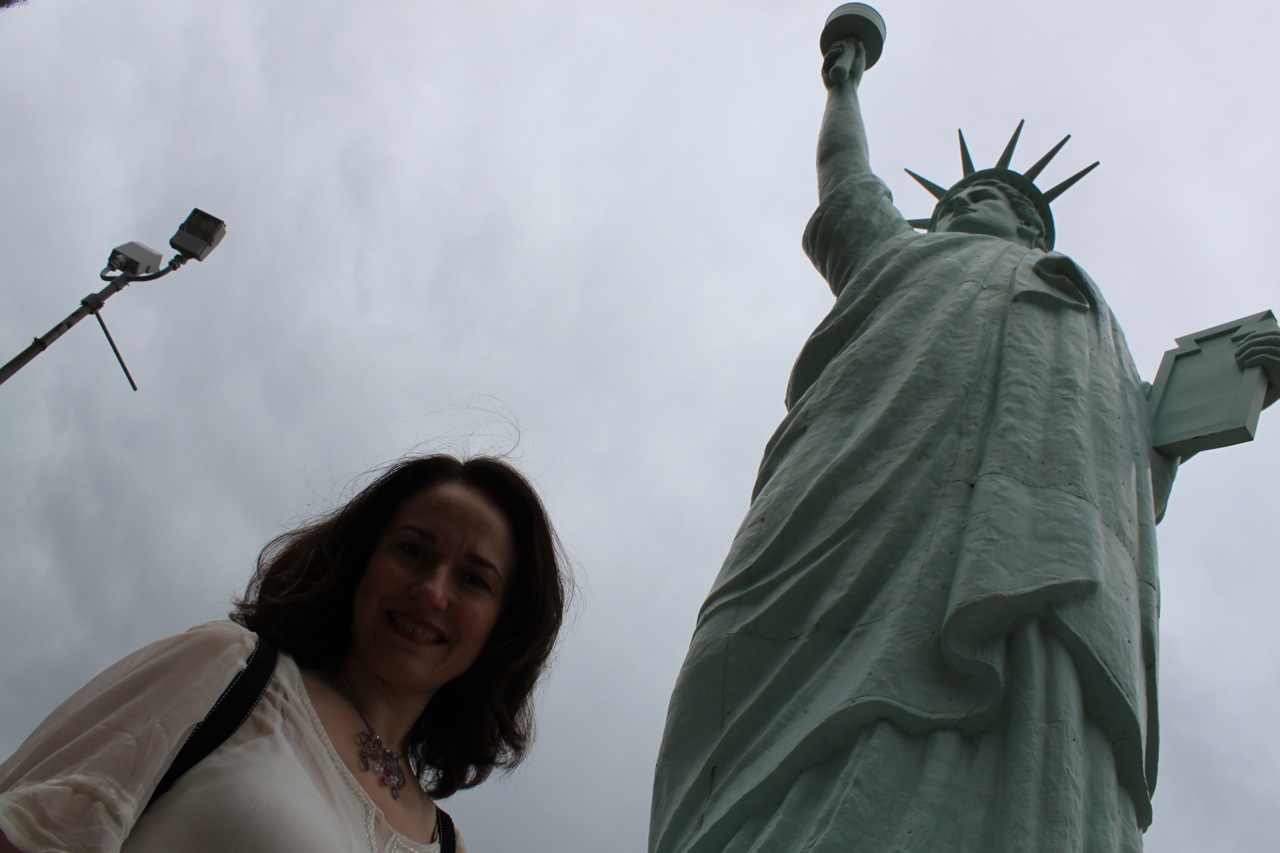 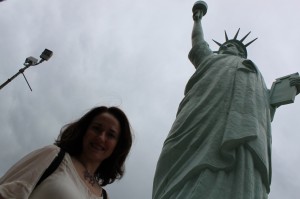 Outside the Brooklyn Museum, I’m standing in front of the reproduction of the Statue of Liberty

Wonderful visit to the Brooklyn Museum where I discovered “Maximum Sensation,” an exhibit on cultural hybridity by Moroccan born and French raised artist Mounir Fatmi.

Mounir likes contrast, and seems to use the idea of clash to dissect and separate cultural elements we’ve come to overlook. Yet, they powerfully inform the hybridity we acquire in a global theater. There’s little room left in the 21st century for a mono-cultural existence — we would have to live under a rock to be culturally unaffected by the rest of the world!

In “Maximum Sensation” the artist displays a group of 50 skateboards, which he chooses to epitomize modernity and urban culture, and dresses them with Muslim prayer mats to shake the viewer out of the torpor of his/her existential complacency.

I can almost hear Fatmi say that “we are like these skateboards.” 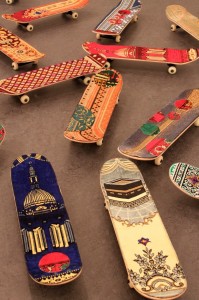 The embroideries on these two skateboards portray the Capitol, in Washington D.C., and the Kaaba, Islam’s holy site

Do we even realize that exposure to other cultures causes us to overlay and weave them on our native or imported one? And what does it do to us as individuals and society cells?

That’s what I’m so curious about: understanding how a phenomenon that is both personal and universal is shaping our communities, cities, lifestyles and our future.

On the top floor of the museum I then saw a board carved with a quote from Walt Whitman, the great American poet:

“Here is not merely a nation but a teeming nation of nations,” Leaves of Grass (Brooklyn, 1855).

I thought it was magnificent — brilliance transcribed. Whitman didn’t see a “melting pot,” where we either loose ourselves or get lost, he saw the soul of a nation and the core of its greatness.

“The American poets are to enclose old and new for America is the race of races,” he continues in the famous preface to “Leaves of Grass,” which I encourage you to read to reset and align yourself with who we are as Americans, and comprehend why we can continue to make a difference in the world.

It won’t happen by exporting our corporate culture or our mass culture products, a la McDonald’s or Disney World. But it will, if we can begin to grasp our depth and role as a nation where “hybridity,” along with the art of living between two or more worlds, is one of our fundamental traits. 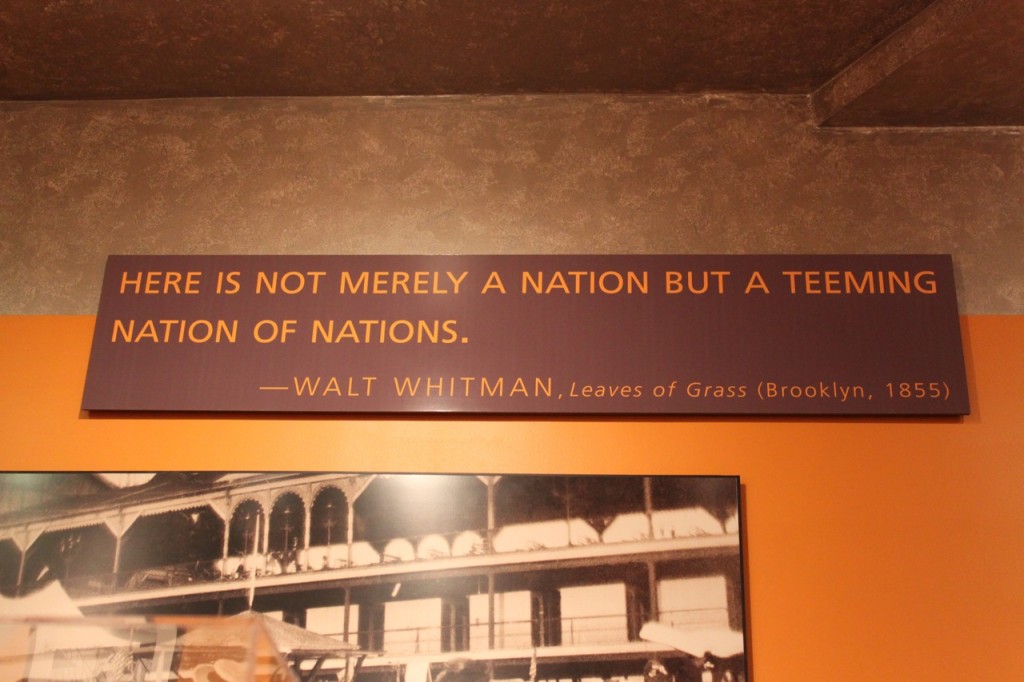 A Teeming Nation of Nations

Comments for: Notes from the Field: Mounir Fatmi and “A Teaming Nation of Nations”