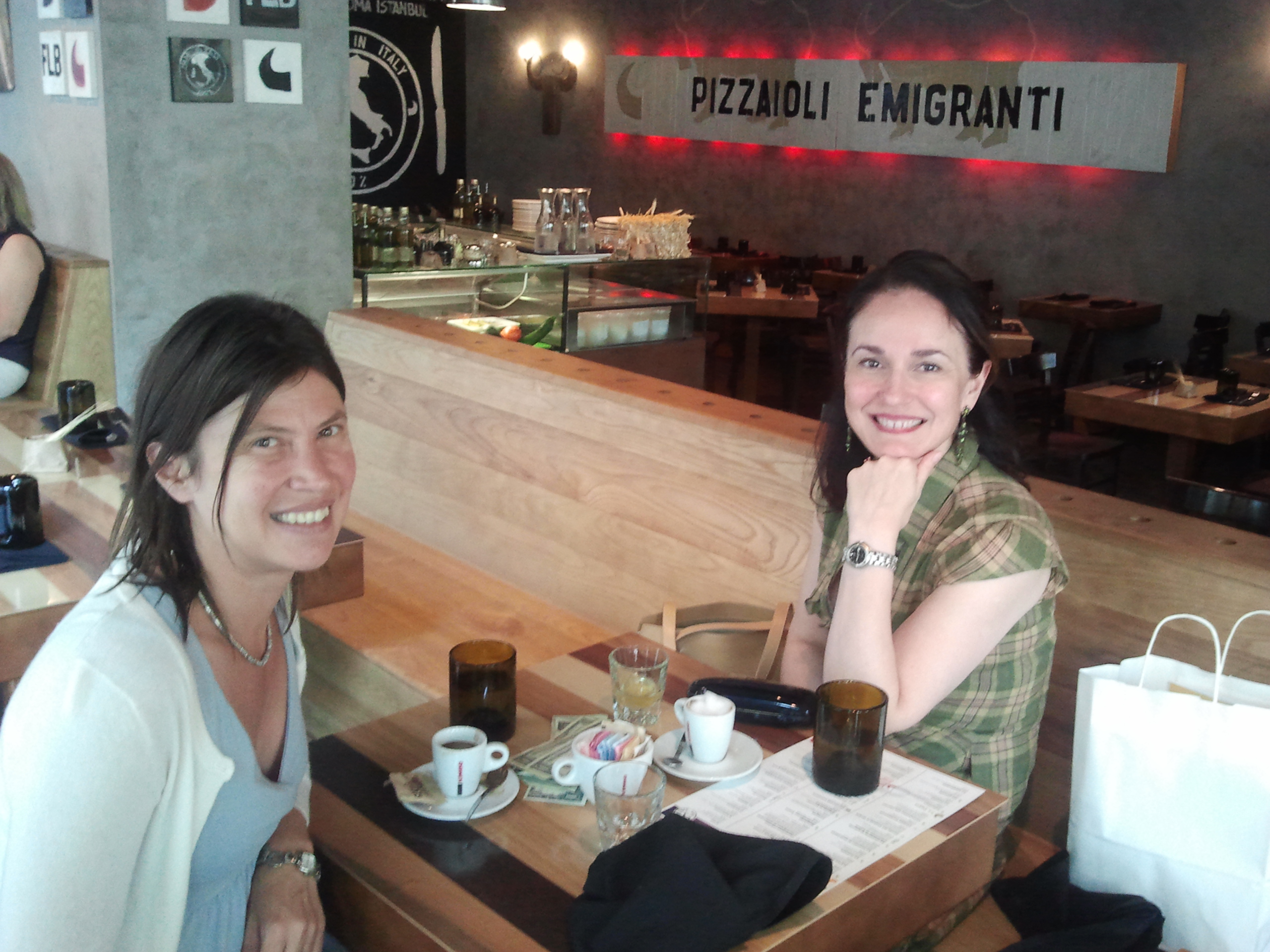 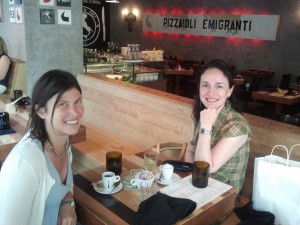 My friend Elisa Conigliaro, an Italian journalist who moved from Milan to New York City, and I at Fratelli La Bufala, the “uppercrust” new pizza store on the UWS.

I walked into Fratelli La Bufala yesterday, the trendy Italian eatery that recently opened at 2161 Broadway on the Upper West Side, and noticed their huge sign that reads “Pizzaioli Emigranti,” or migrant pizza makers.

Welcoming and elegantly designed with furniture imported from Italy – like their signature “mozzarella di bufala” – the whole place reverberates with culinary and cultural confidence as to say “I’m proud of who I am, and what I do with it.” Not the message we normally associate with pizza making, a humble food in the gastronomic universe.

That, coupled with an article about the “Montanara,” a new pizza with fried dough that’s making a splash in New York, published by The New York Times a few months ago, and I connected the dots.

Wow! Who would have thought that hundreds of years into our expatriation history, making pizza would not only survive as a business model of making simple food for a living, but also become “lifestyle-branding.” That is selling a way of life via an iconicn product, versus marketing the individual item itself (pizza, shoes, cars), separate and apart from its cultural or psychological context.

I loved it! So much so, that while I normally shun Italian restaurants, because they’re never Italian enough for me, in this case I had fun. Maybe it was the Italian staff: Fabio, the pizza chef from Naples, Claudio and Enzo, managers from Bari, and Gianni, one of the waiters, also from Bari. It didn’t hurt that the pizza margherita I ordered was the best I’ve had in New York; a thin dough, with raised edges and a delightful topping of mozzarella straight from Caserta, north of Naples.

But what I relished the most was a feeling of cultural-immersion in Manhattan. Fratelli La Bufala, which opened in New York City in April, doesn’t just sell pizza or Italian food, it sells a slice of Italy.

“Your pizza is your soul that goes with somebody else,” says one of La Bufala’s brothers.

Their successful franchise of over 100 foreign locations publishes its own magazine “FLB,” to promote a mix of Italian and Neapolitan flair and spearhead La Bufala’s brand identity through merchandising and strategic PR areas: sport, art, fashion. There’s even a pizza horoscope to engage the customer.

Now, why is this important for us, people who live in two worlds, to observe or for anyone who wants to understand where our society is going?

Because as foreign transplants our bi-cultural skills are more important than ever, and if our future is, as I’ve always envisioned, going to demand increased cross-cultural interaction at every level of our communities and markets, our society will need to raise its foreign-culture competence to sustain cultural entrepreneurship.

We count beyond our American credentials. According to the 2010 American Community Survey Reports, by the Census Bureau, there are almost 40 million foreign born people in the U.S., of which over 17 million are naturalized citizens; talk about making a commitment to this country.

Do you think we might be sitting on a market of untapped human capital?

Comments for: It’s not just pizza, it’s a slice of Italy!