Tiziana Sianora Rinaldi is Italian born and raised. She is a multimedia journalist and producer whose credits include covering The Bronx for News Corporation.

A repotted Umbrian who moved to New York in 1990, she has worked for American and Italian news organizations including ABC News, Lightworks Producing Group, RAI-Radio Televisione Italiana and the U.S. Bureau of the Italian national newspaper Il Messaggero.

But it’s the new life she built in New York and the sense of place that came with it, that ignited the desire to understand the process of acculturation and how moving to another country affects people’s personal development and world views.

Curiosity became a passion and in 2005 she began directing her growing interest into a career as an independent new media writer, producer and entrepreneur. “Life in a New World – Repotting in New York,” is part of that vision.

Tiziana is an award winning journalist and a member of the PGA (Producers Guild of America) and the SPJ (Society of Professional Journalists). Tiziana holds an MBA from the University of Perugia, in Italy.

Where from: Perugia, Umbria, Italy

Occupation: Multimedia Journalist and Producer
She’s the observer and the curious mind behind this project 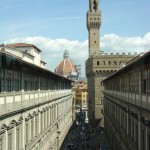 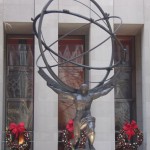 Activities
Cooking, Traveling, Exercising, Entertaining,
Watching my children grow up
and make their mark in the world 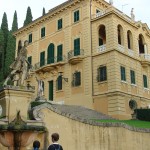