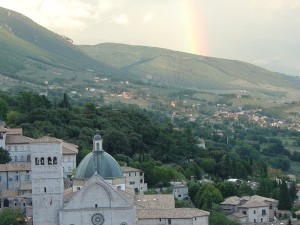 When I was a child, my paternal grandmother used to chant it with prayer-like devotion and it always got my attention. Like a spell.

My mind would drift to the melancholic tune, the admonitory words of the mother, and I would start imagining removed, far away places. I was curious about the world, but I knew since then that I wouldn’t be like the voyagers in the ballad who felt sad and mournful.

Growing up in Perugia, a venerable university city that attracts thousands of students from all over the world, my fascination with other languages and cultures found fertile ground. At the end of graduate school, despite my beloved grandmother’s warning, I moved out of Italy. 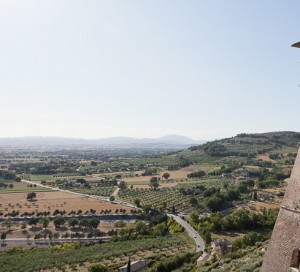 On a terse, early morning in April 1990 my father quietly loaded the family car with the few pieces of luggage I had prepared and drove me from the rolling hills of Umbria to Rome’s Fiumicino Airport, where I was due to board a one-way Pan Am flight to New York.

Little I knew that if it would take only nine hours to traverse an ocean, ultimately uprooting myself with each passing mile, growing new roots and searching for home would take the rest of my life.

Future years would bring challenges and great change. The excitement of discovering New York City and establishing a career. And a profound void, for the loss I had endured when I left it all behind. I built confidence and started new friendships, I found love in another culture and raised a family under totally different circumstances. But above all, I developed the essential skill of living between two worlds. 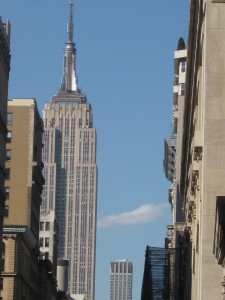 I’m not the Italian woman who arrived here. I miss my hometown, but when I visit there I miss New York; I crave its electric energy and its independent spirit that matches mine. At some point in reconfiguring the mosaic of my life I realized that the pieces had multiplied, and discovered that there was room for all of me.

I started “Life in a New World – Repotting in New York,” to write about the experience of displacement, straddling two cultures and finding home. I will share stories and insights on the new lives we forge and the value they generate, as we weave them deeply in the fabric of America and place at the front line of our modern, multicultural society.

My mission is to build social understanding and help foreign born New Yorkers, and transplants all over the country, realize the importance of their stories as they move from surviving to thriving.

Tiziana Rinaldi
Creator and Founder
Life in A New World