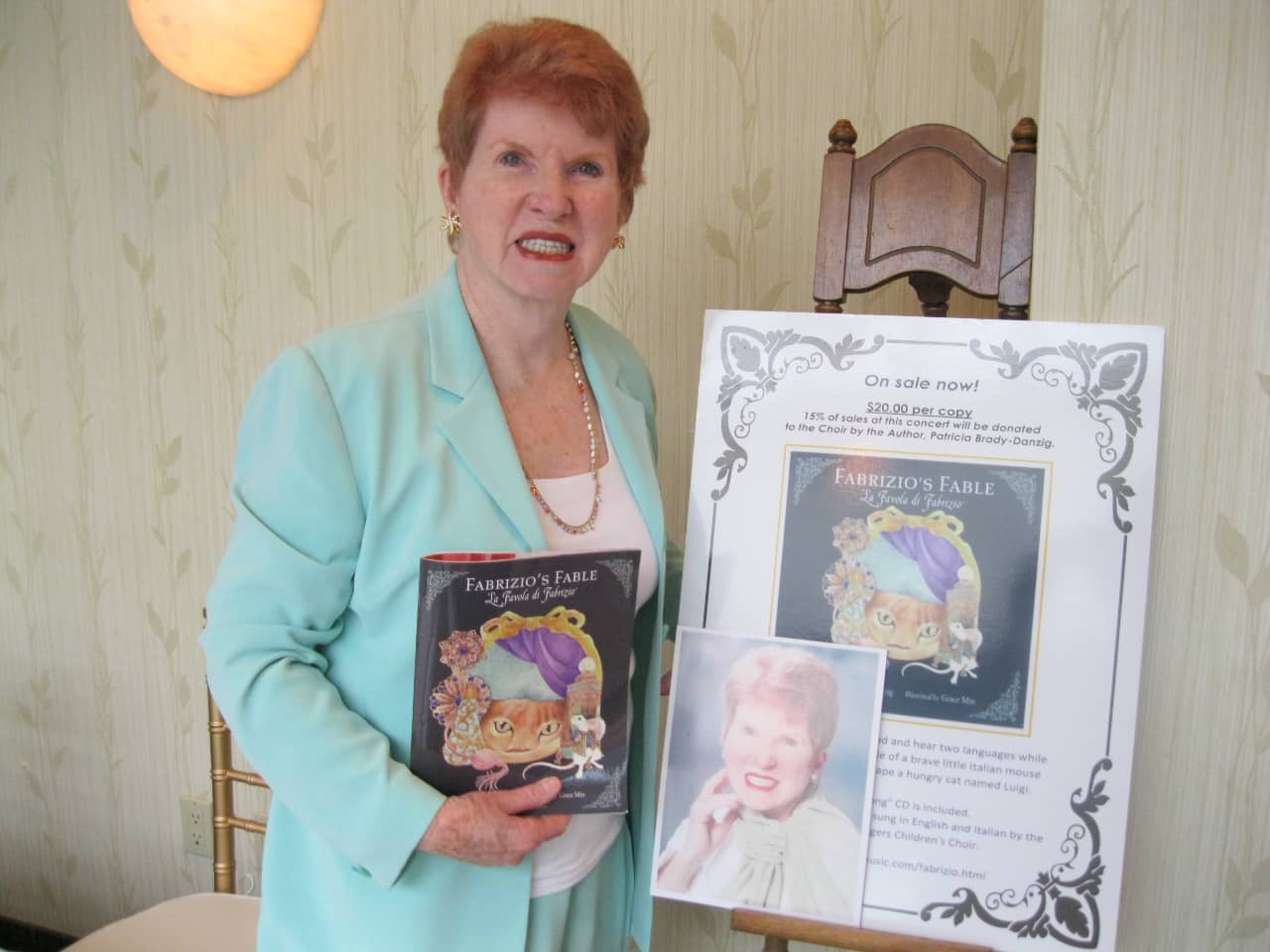 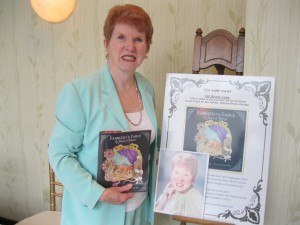 America’s bilingual children have met their match! A little guy with an outsized wit who can bamboozle his foes and, literally, talk himself out of trouble in more than one language.

The diminutive, but enterprising hero is Fabrizio, a handsome bilingual Italian mouse with a plume on his hat and a satin striped vest. His adventures are captured in “Fabrizio’s Fable – La Favola di Fabrizio,” the first book of a new series for young readers by Patricia Brady-Danzig, an internationally acclaimed soprano and pianist turned children’s author.

“I think [Italian] is the most beautiful language in the world,” said Brady-Danzig who began studying Italian and music in grade school, and has shared her talents as a decades-long New Jersey public school teacher.

I like to inspire [children] to listen to something else.” In this case, the sound of another language.

“Run Run! Corri Corri!” she quoted from her book, referring to the character’s preoccupation in the tale, and the 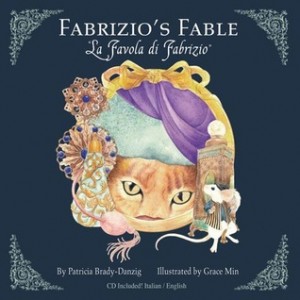 children’s spellbound response at her readings.

The story is beautifully illustrated by Grace Min, who delivers in rich and vivid details Fabrizio’s dramatic lifestyle. The book is published by Woodpecker Press and it includes a CD featuring Brady-Danzig reading in English and Italian and a performance of the “Fabrizio’s song” by the Celebration Singers Children’s Choir from Cranford, N. J.

For the opera singer becoming a kids’ writer was more serendipitous than surprising. When she took an Italian grammar class at nearby Seton Hall University and the teacher assigned a two-minute speech to be given by memory, she “thought and thought about it” until, all of the sudden, she started to write and “out came the story!”

“Fabrizio’s series will always be about him,” said the author. “The small guy with a smart brain overcoming something evil and large.”

In this first book, Luigi, a fat and hungry neighborhood cat, is the nemesis. Maddalena, a young girl, is Fabrizio’s ally and landlord. Her character will be expanded to play a larger role in future installments.

“I wanted him to look elegant and perfectly confident in himself,” added Brady-Danzig, explaining how important it was to see her creation depicted the way she thinks of Italy.

“The Renaissance, the Baroque, the opera, Lake Como and all the places I’ve visited.”

The main one is the importance of second language learning.

Bilingualism is finally being recognized not only as an obvious asset in our increasingly connected markets, but also for its health benefits to the mind’s “executive function.”

It’s now scientifically proven that the agility required to move from one language to another, or “code-switching,” 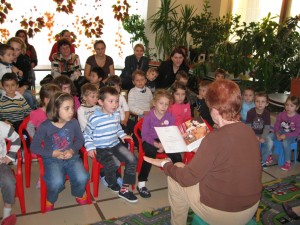 sharpens the brain’s ability to perform other complex cognitive tasks, like organizing ideas and resolving issues.

The sooner a child is exposed to a second language and becomes progressively proficient, the greater and  longer-lasting are the benefits.

“I always make sure to teach [children] a few words” said the author, who has them repeat certain expressions, like ‘Sniff Sniff, Annusa Annusa’ or, like in Maddalena’s case, Fabrizio’s best friend, she makes them say ‘buoni amici.’

“They love it,” Brady-Danzig said.

Yet, “very few are the children who speak Italian” versus those who speak Spanish, she noticed. Fabrizio’s tale can provide an effective tool for families of Italian ancestry who desire a continuation of their cultural legacy.

The story includes hands-on elements. The writer has also developed a Fabrizio doll, which is passed around at the readings and helps children identify with the international character.

The author also highlighted a subtle message about an issue that children face today – standing up to predators.

“There’s so much bullying going on,” she said of the parallel between modern kids’ life and the opposing strengths of little Fabrizio versus the large and aggressive Luigi. “It’s very important [to acknowledge] and I bring that out when I read to the children.”

This summer, “Fabrizio’s Fable,” will be translated in Romanian and commercialized in the Eastern European country where the author has a long-history of operatic performances. 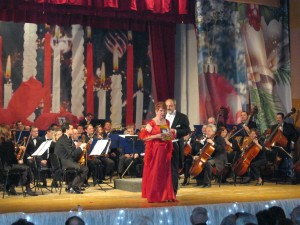 A Fabrizio’s musical is also in the works and will premier in Romania in the spring of 2013. The arrival in New Jersey is scheduled for the ensuing fall.

Brady-Danzig looks forward to expanding her character’s exposure and delights in the favor that her English-Italian fable has encountered since the beginning, starting with her own grandchildren.

“When I first read it to Luke, who is now 7-years-old, he loved it so much that he kept saying, ‘Nanny, read it again’.”

“A bulb went off in in my head,” she laughed. “That’s my audience!”

The event inspired the trademark on the back cover, “Grandma written – Grandson approved!”

“Fabrizio’s Fable – La Favola di Fabrizio,” can be purchased on Paypal at http://www.pbdmusic.com/fabrizio.html or at Patricia Brady-Danzig’s public readings. An up-to-date calendar of appearances can be found on the Fabrizio’s website.

For more on Patricia Brady-Danzig and her musical career visit http://www.pbdmusic.com

Comments for: Meet Fabrizio: the Mascot of Bilingual Children