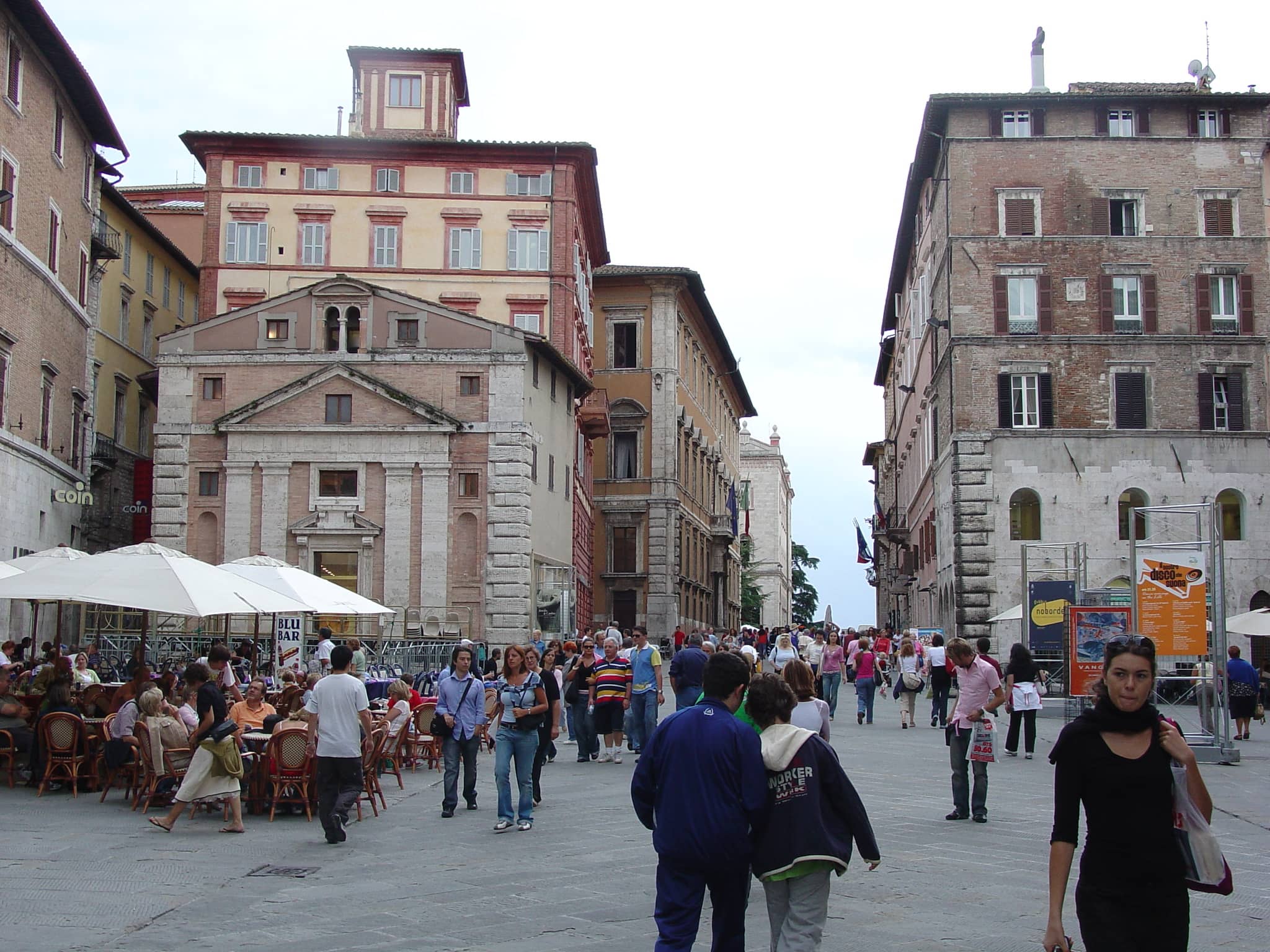 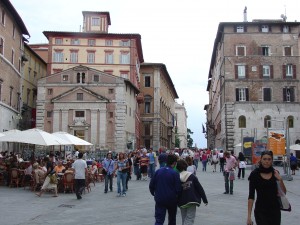 I have to admit to some mixed feelings over how much press coverage Perugia, my hometown, has been getting in recent years. And no, it’s not only because of Amanda Knox’ murder trial.

For most of my two decades in New York, people didn’t readily understand where I came from, or which Italian city was I talking about. Did I come from the North or the South? they’d ask, hoping to reorient the confusion caused by such an unheard of place.

“I’m actually from the center,” I used to reply feeling a bit helpless at times. Not that the answer generally satisfied the curiosity of my puzzled counterpart. But, if I mentioned chocolate (in more rare occasions the University of Perugia) then people’s faces would light up. They could finally put me on the map. “Oh yes, Perugina chocolate,” they’d say with relief.

It just dawned on me that for all those strange years when people labored to associate me with my provenance, I could secretly hold Perugia all to myself. Its idealized, nostalgic version firmly pinned to my emotional memory board, sacred and untouchable now that I had taken it out of Italy. By not knowing of it, people couldn’t challenge my image of it, put a dent in it or relate experiences that could in any way detract from the ones I was now guarding. I came from the perfect Italian city. 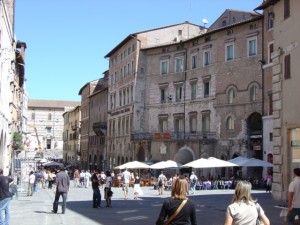 So when I saw a feature about Perugia in the travel section of The New York Times online not long ago, my first thought was how synchronistic to have appeared on the same day I started to publish my column. Then, I decided that it wasn’t just a felicitous happenstance, it was an auspicious one.

Where could I better start than where I came from. And how better to continue than draw strength from the same roots that have grown so deep here, and once inspired me to venture out in the world.

By the way, the article says that Perugia is equidistant from Rome and Florence. It is not. The city is approximately three hours (by car with regular traffic conditions) north of Rome and one and a half hours, by the same parameters, east of Florence. And if you are wise enough to spend more than the 36 hours recommended by the New York Times, you’ll see it for yourself and never regret it (I promise).

Comments for: An Auspicious Beginning