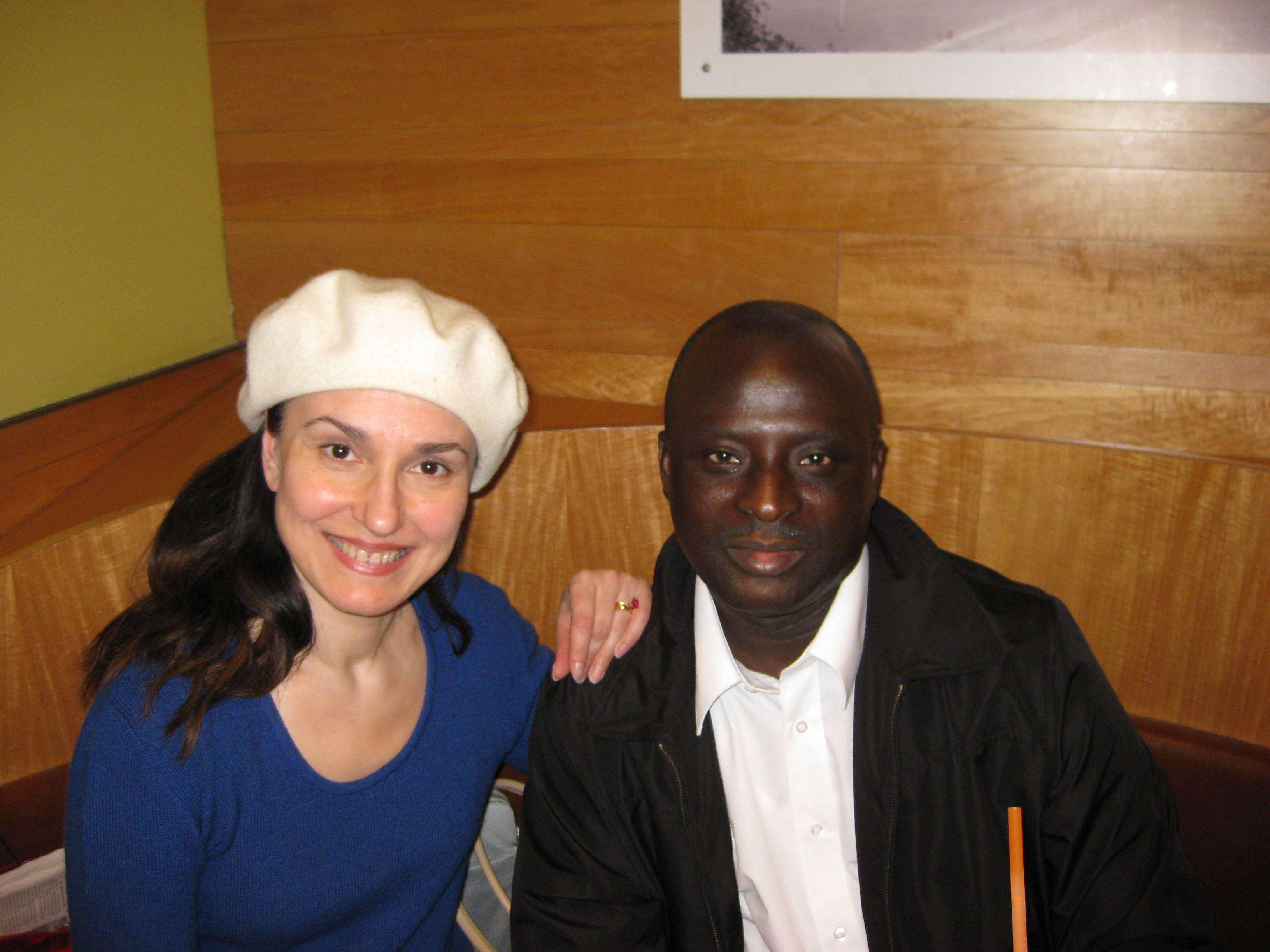 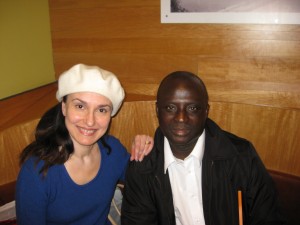 Enjoying some down time at the Time Warner Center in Manhattan with Donzo Nganifo, a West African asylum seeker. Prior to moving to New York, Nganifo lived in Verona, in northern Italy.

Shortly before launching a chronicle of my independent journalistic endeavors with this column, I signed up for a cross-cultural psychology class at The New School for General Studies in Manhattan. The idea was to acquire a more educated frame of reference that would put into perspective my experiences in the States.

On a recent assignment we were given two models of racial identity development, one for black and one for white Americans, and were asked to give an example of how they may play out in real life situations. I picked the white model, however I didn’t know what to make of it until I realized some things for the first time.

I grew up in a homogenous, white, Roman Catholic environment, where the only evidence of people from other backgrounds was the large colony of foreign students attending the local University. This, of course, was before immigration waves began to reshape Europe’s demographics, including Italy. Back then, however, international students were the only meaningful, multiracial presence in my hometown. And because, by definition, they were transient guests, they posed little to no cultural threat to our community.

Even interaction with the few African students at the university was minimal, since they’d keep to themselves. From a perspective of racial identity development, that meant that other races didn’t shape my personal or societal thinking. I wasn’t better, worse or different; I was like anyone else.

Coming to New York changed things. With its cultural diversity as the new normal, not only I became an overnight minority by virtue of marrying into a non-Catholic family, experiencing for the first time being “unlike the rest,” but I also became aware of strong racial and faith-based categorizations and all the misconceptions they bring.

Suddenly, I had, on the one end, a new family that was supposed to welcome me, but couldn’t refrain from disparaging my interfaith marriage, and on the other, the case of the African-Italian fiancée of a close friend of my then husband, whose future in-laws couldn’t accept her color.

Gigi, a fellow Italian, was a lawyer from Pisa where I had met her right before relocating. In New York we befriended each other and witnessing her struggle to overcome racial prejudice, after uprooting herself, felt alarming.

Indeed, it seemed that having biased opinions against other backgrounds and holding compartmentalized views of people happened by default in my new life.

As my college assignment revived those memories, it gave me an insight on how weaving myself into New York’s multiethnic fabric must have caused me, at least subliminally, to think of my own color. Unlike in Italy, I too was associated with a group: the whites.

So, I wondered how my fledgling racial identity might have affected the events and perceptions of those years. What I realized is that, initially, I didn’t have much opportunity for interaction with other groups, since I lived in a predominantly white neighborhood. My lifestyle was sheltered, defined by the boundaries and connections of my American family. With enough on my plate (a second language, a new culture and a radically different urban environment), I didn’t start pushing those confines until much later.

An element of that time was a certain confusion over how sensitive social relations remained between black and white Americans, in a country with a history of slavery. Did considerations of color ever invade, even if momentarily, the interaction with my two former babysitters of African-Caribbean ancestry? I recall entertaining casual, even fleeting, hesitations about having them care for my son, despite a very positive rapport with both Shirley and Cynthia. Did that mean that I was biased or ignorant?

I don’t know, but I would agree with a friend of mine of African-Puerto Rican descent who recently reminded me that people are complex. “We like things to be simple,” she said, “but we forget that the world is not.”

Growing into my cross-cultural shoes took time and effort. It wasn’t until I severed the ties with the family I had married into, almost ten years later, that my world began to expand. I developed connections with an eclectic group of multiethnic friends.

Maybe it was the kinship I felt towards them, because of being considered an outsider by my previous in-laws. Or maybe, by the time I charted my own way, I was fully acculturated and no longer worried how my appearance or birthplace might be experienced by others.

Photo: Enjoying some down time at the Time Warner Center in Manhattan, with Donzo Nganifo, a West African asylum seeker. Prior to moving to New York, Nganifo lived in Verona, in northern Italy.

Comments for: Unlike the Rest