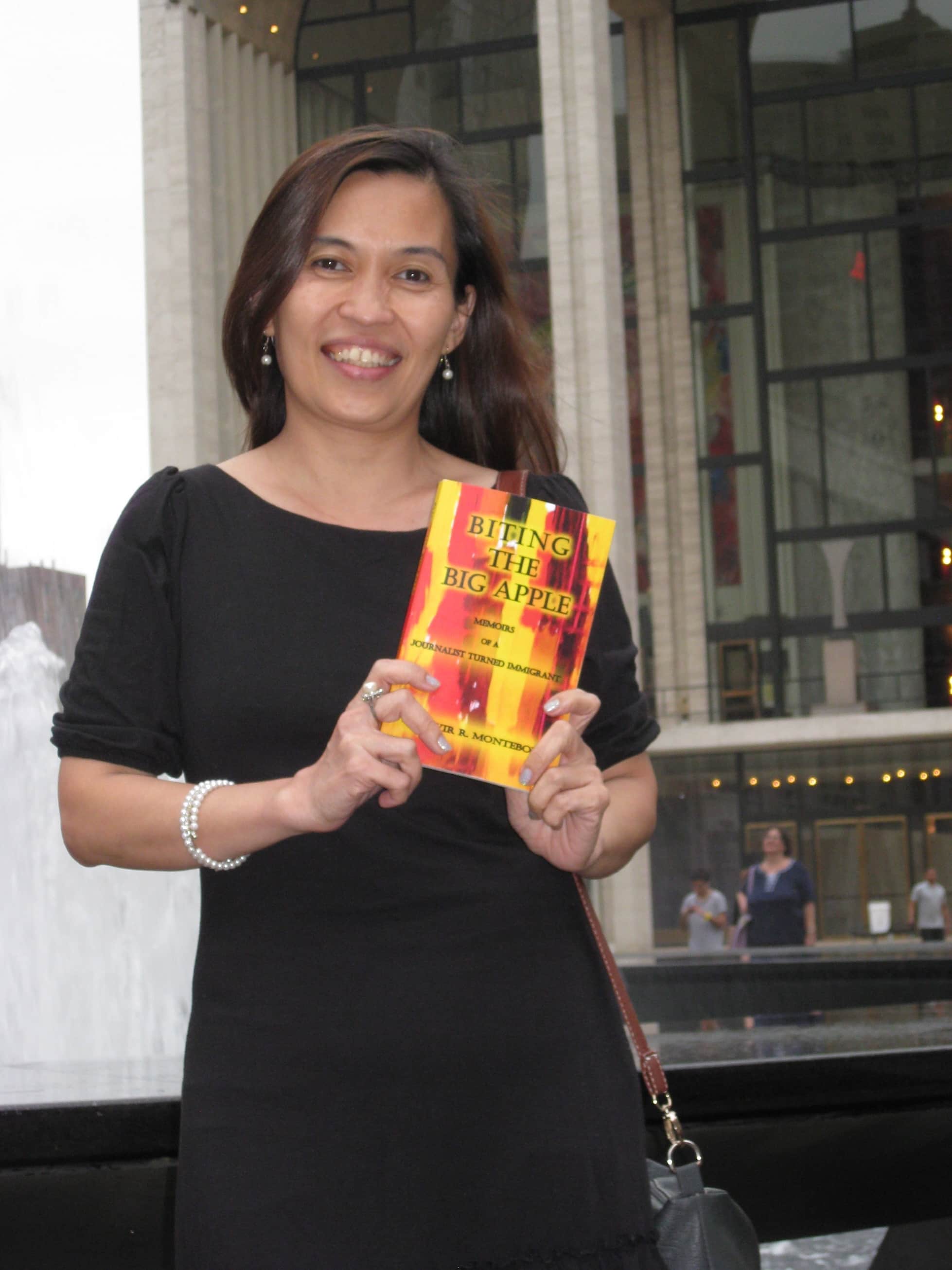 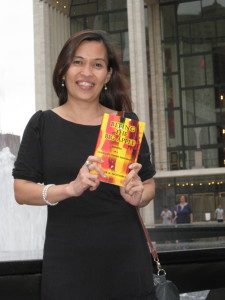 Marivir Montebon didn’t leave the Philippines because of lack of opportunity. Her life was filled with family and friends and rewarded by a fulfilling career. But when her husband, a political leader, was assassinated in the summer of 2007 she had no choice.

The deeply rooted young woman who used to spend afternoons working at her father’s store in downtown Cebu and became the first female editor-in-chief of her college newspaper to be later recognized as an advocate for social justice, felt no longer at home.

“I was scared in my own birthplace,” said Marivir, her forehead frowning as she recalled the dark days after Mario Auxilio’s death on July 17, 2007. He had been the Secretary-General of the Bohol chapter of Bayan Muna (Nation First), the largest liberal party in the country. Shot by a friend that he had helped many times.

“Cebu is where I was born, schooled, worked, married, widowed and…what next?” continued Marivir talking about how she began to fear for Nikki’s safety, her teenage daughter now a college graduate, and her own.

Biting The Big Apple: Memoirs of a Journalist Turned Immigrant, edited by Tim Sheard of Hard Ball Press, is  Montebon’s stirring and heartfelt narration of that daunting passage.

A manifesto to the survival of the spirit, the book comes only six years after forced migration first taught her to find home in her own skin, then led her to map a new life in New York City.

The Path of the Asylum Seeker

Absorbing another culture didn’t bother her. “I just observed and adopted the attitude of flexibility,” she explained of her approach and quick transition into American life.

Fluency in English, one of the official languages of the Philippines and a regular part of her professional life, helped. Yet, “speaking in English all the time was tiresome.”

Cebu City, the Philippines, Montebon and her team on “Babaye” the hit television talk show that she oversaw at the Women’s Feature Service, a syndicated news agency.

Admittedly, Montebon prefers to talk in Bisaya, her native vernacular, when she needs to relax, reconnect with herself or to express intense emotions.

Many crowded her mind when she arrived in the fall of 2007 on a six-month tourist visa. Foremost among them was finding a legal and permanent way to relocate to the United States and bring Nikki.

“I did not want to gamble,” she said voicing a deep preoccupation that overstaying the sojourn would have not only jeopardized her long-term goals, but would have also added nothing to her search for respite.

The good news was that she had visited before and had family on both coasts. Her mother, grandmother and siblings lived in Stockton, California, following a diasporic history that has led many Filipinos to fill the asparagus farms across the ocean. On the other hand, one of her aunts lived in New York, where Montebon decided to stay.

“I loved its vibrancy,” she recalled of the Big Apple. “I came here and I was like ‘Oh, I like it. I can tolerate the traffic. The City is not so clean, but it’s nothing compared to Manila’.”

Despite the match and her willing attitude it took faith, strength and Montebon’s unique strain of resilience to make it work. 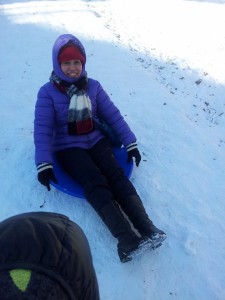 Winter was frigid. Particularly that first one, when thoughts about her future were vexed by the unknown of how to find an employer that would petition the U.S. Citizenship and Immigration Services on her behalf. Long days went by without knowing how to accomplish the arduous task, during the rapidly eroding window of her visa.

“I was walking, feeling cold. That was difficult,” she reminisced. It was then that Montebon’s friend Kristine, “my angel” she called her, gave her the name of Arnedo Valera a human rights and immigration attorney in Washington D.C. who was looking for a writer to start a publication in his practice area. Valera would help Montebon establish her asylum case, and in return the Filipino journalist would help him launch The Migrant Heritage Chronicles.

It worked. In April 2008 the U.S. government granted asylum to Marivir Montebon on the basis on her late husband’s well documented political execution during Gloria Macapagal-Arroyo’s presidency. 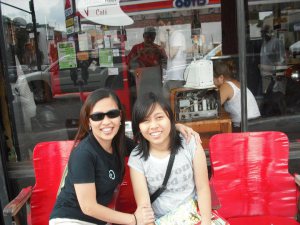 Along with her wish to become a legal permanent resident and finally reunite with her daughter, Montebon also became the managing editor of Valera’s community paper, of which she remained in charge until 2013.

“Writing kept me sane,” she said of the opportunity to practice her craft, but the path to self-sufficiency was not settled yet.

“When I came in the U.S. the economy was in a deep depression,” she said candidly. Needing to supplement the compensation from the newspaper, Marivir became quickly aware of the dwindling job market facing Americans, let alone newcomers.

“It was hard,” she highlighted, “but I also believe that pain or enjoyment are inflicted by our own mindset.” A pragmatic reasoning guided by the realization that she needed the resources to support not only herself, but also her daughter and put her through college.

Montebon expanded her attitude of flexibility to employment positions, which included teaching, becoming a life 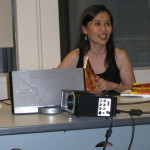 Montebon at her book launch at the National Writer Union, in New York.

insurance agent as well as babysitting and taking care of the elderly.

“Unlike most Filipinos who feel bad that they are doing menial jobs, I was happy,” she said of the syndrome infamously labeled by her nationals as DKNY, which stands for Dakilang Katulong in New York or the great servant-helper in New York.

“While doing those jobs I remember thinking, ‘I am so going to write about this one day’!”

She kept her promise and in the spring of 2012 she launched OSM! an online magazine that celebrates “awesome global citizens” and promotes positive journalism.

“We cover people who achieve what they want in life,” said Montebon. She publishes it in partnership with her daughter, who in the meantime earned an associate degree on new media technology. 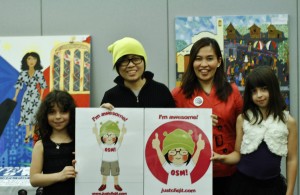 On March 30 of this year OSM! celebrated its second anniversary and 1 million clicks. “I am amazed how well received it’s been,” added the Filipino-born American with pride.

Many were the changes that Montebon had to embrace since moving to the States.

Biting The Big Apple, Memoirs of a Journalist Turned Immigrant, chronicles with wit and sensitivity Montebon’s roller coaster story of familiarity lost, regained and the personal philosophy that made it possible.

“Bloom where you’re planted,” she tells her daughter transplanted on American soil. The same powerful message is delivered to her readers.

“Biting the Big Apple is an active, affirmative action on my part to bite the realities of New York,” concluded Montebon. “In contrast to accepting reality, I bite the [City] to make it feel that I’m here, and I will make a difference. I create, I take responsibility.”

Watch Marivir Montebon television interview on Life In A New World on Friday, May 9, 2014. For more on Marivir and her work please visit OSM! To purchase Biting the Big Apple, her memoir, visit Hard Ball Press and Amazon.com

Comments for: Bloom Where You’re Planted