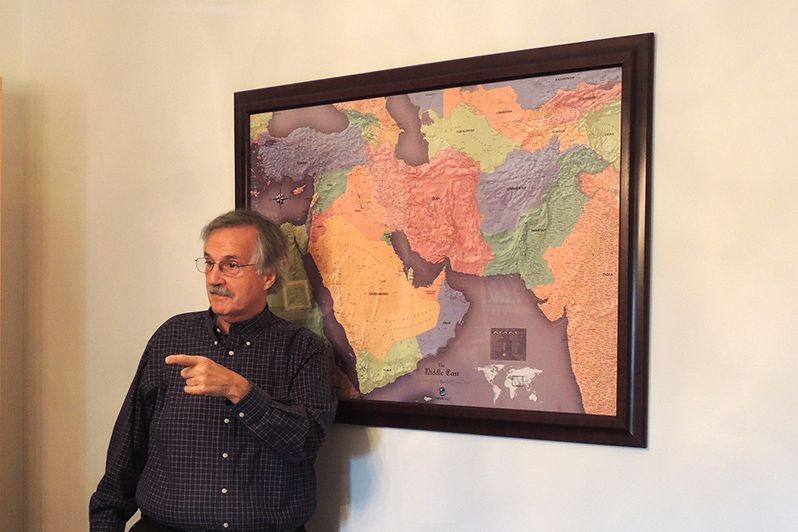 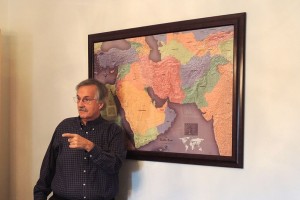 Stan Sheppard is a former executive with a plan to change the world. During a diverse career that stretched over decades and capitalized on transitions often fatal to even accomplished professionals, he learned a fundamental truth: it’s all about attitude.

After leaving his post as the executive director of alumni relations at New York University, he began to lay the foundation of Stan Sheppard & Affiliates in Port Chester New York, where he lives. His mission is to provide “strategic guidance and operating support” to people who want to improve their career options, as well as to low-funded organizations that want to build better communities.

“The most important thing is ‘knowing that you can’,” said Sheppard who wants to upend people’s idea of “change” to make it not only a positive, but also an “affordable” event.

To reach his goal the social entrepreneur charges either nominal or no fees for his services, while he aims to build a following that will eventually finance his vision of a sustainable nonprofit.

I found Stan through a contact on LinkedIn as I was wrapping up a media project at the SUNY Levin Institute in Manhattan. The subject was none less than “professional displacement,” the passage so many of us have gone through after the earthquakes of market restructuring, particularly in media and finance.

Sheppard’s approach piqued my interest and I asked him for an interview. What follows is the edited version of our conversation. We talked about his vocation, how he encourages resilience and shares the wisdom of networking to outlast the transiency of modern jobs.

Q: You posted an announcement on LinkedIn to share your career-migration skills. What made you decide to help people?

First of all I have the time to do it. I always wanted to, and now that I left a major non-profit I decided to do this type of work. I realized that the conditions were such, at this point with the economy, that I wanted to be part of a meaningful process.

I’m fortunate that I can afford to do that. Not everybody can do what I’m doing.

Q: How did you hone the skills necessary to accomplish that? 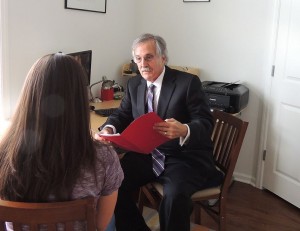 Working with a recent college graduate who was seeking career direction

They are the result of a lot of my experiences. At one point I was the COO for a division of Seagram. During the course of management changes I was laid-off. It’s the nature of corporations and how they operate, it happens to a lot of people. In outplacement I was introduced to what I realized is a very important life skill: how to network.

People have to teach you how to do that, and I learned it. That was the beginning of my interest in networking. I started to think a lot about folks like Roger Fisher [the expert who started the Harvard “Negotiation Project,”] and his work with William Ury [“Getting Passed No,” “Getting to Yes,”] which has to do with negotiation and mediation.

You have to learn how to deal with people, how to motivate them, how to find common interest. Not just to give you a job, but to take the time to meet you and to put you into a personal network. Not Twitter or Facebook or LinkedIn. I mean that’s all wonderful, but you still need to make contact with some human being.

Q: Is networking, getting comfortable with it, understanding it, becoming proficient at it, a big part of your counseling?

I think it’s critical. To give you an analogy, I used to do a lot of cycling in the Adirondack region, up by Lake Placid. When you ride a bike up a hill, you know, it’s steep. You keep going and going, and you make a turn, and the hill never seems to stop!

It’s the same with networking. A lot of people are fearful, but until they learn that there’s no threat in [networking], that some people will say “no,” they won’t keep up the momentum, which is what makes you successful. And that mindset is the most important thing you can accomplish. It’s the [belief] that makes you say “I can do it.”

That’s why I came up with that little slogan “You can do it…if you want to.”

Q: You call yourself “strategic counsel,” what do you mean by that?

I mean that I want [my clients] to understand how to do the work and how to network [to their goal]. How do you find names, how do you find people? What are the motivating factors that are going to cause them to respond to you? What is it that you can ask them to do that they can do for you? Because if you ask your networking contacts to do something that they cannot do, they’re not going to see you. How do you follow up?

I give [my clients] the tools they need, and show them how to have success.

Today a lot a people want a job. In some cases a different job at the company that they’re in. That too requires networking, and there are different techniques. Others may want to transition to a not-for-profit. That can be tough, because it involves a culture change, but it’s done.

Q: What does prevent people from “becoming successful,” in your experience?

It’s important to [discern] what your real goals are, and to realize that all your experiences matter.

They say that people are supposed to have seven careers, today. So, as you select jobs, even those that seem to fit only tangentially, you will see that everything you learn creates a tremendous experience that is relevant in meeting your final goal.

Often though, people look at what they do and feel that the job isn’t right, that they’re not learning. It’s all negative. The challenge in these cases is not to get employment, but to develop an attitude that conveys something positive [for themselves and those they interact with].

Q: Do obstacles realistically differ for different age groups, or is it still a problem of mid-set?

There’s no doubt that age is an issue, but like any issue that people come across is how you handle it. Throughout my career I worked with a lot of young people. However, I remember showing up for an interview in my 50s – I was well dressed you know, I knew how to handle myself – yet when I walked in [it was obvious] that I didn’t fit their expectations. I was [surprised] that I wasn’t right for that culture, but, I wasn’t, and I understood that.

However, it doesn’t mean that one cannot find people who are going to appreciate your experience. But you shouldn’t walk in feeling as thought it is an issue.

Q: How does your work create value in your life?

It makes me feel good to help people. It has to do with the set of values that we talked about. I sent you that quote from Anne Frank: ‘How wonderful it is that no one has to wait, but can start right now to gradually change the world.’

The concept of changing the world, to think that you have the ability to share the joy of someone you helped succeed. And to think about the impact you can have on their family and other people [connected to them]. It creates a symbiotic experience.

There is a very personal sense of pleasure that you get out of this type of work.

For more on Stan Sheppard and his work visit StanSheppard.com. You can also contact him at info@stansheppard.com or at (914) 649-4557.

Comments for: If You Want To…You Can