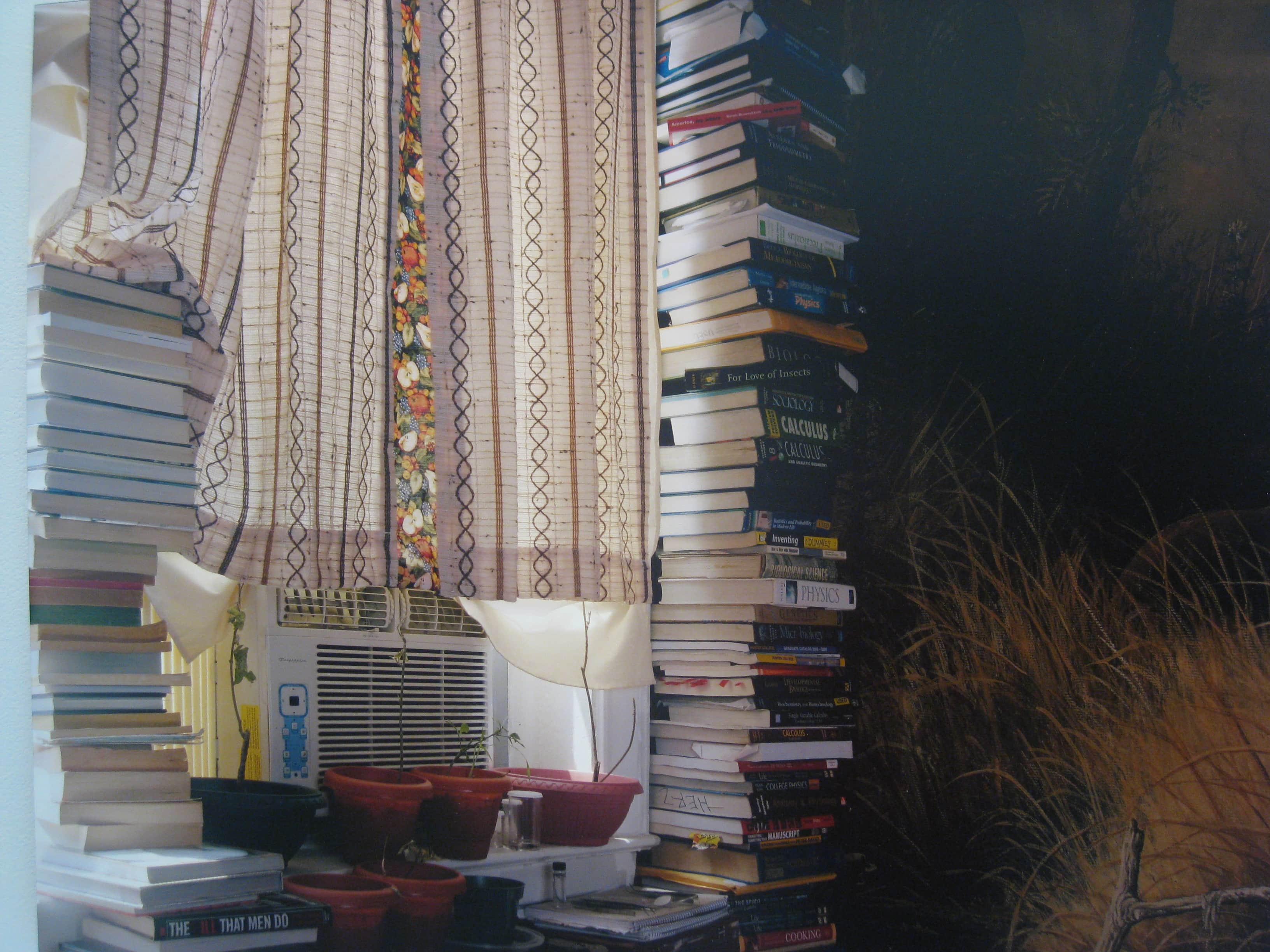 “Home is where the Bronx Is,” is the third Bronx artists’ biennial and celebrates the Bronx Council on the Arts its 50th anniversary. The exhibit can be viewed at Longwood Art Gallery @ Hostos, 450 Grand Concourse, and is free to the public. Shown here: Untitled I, by Hrvoje Slovenc

I have recently noticed that when people ask me where I live I quickly respond, “the Bronx,” not Riverdale anymore, which I used to reply to cut through the chase of explaining how, you know, the Bronx has changed since President Carter visited Charlotte Street in 1977.

But the truth is that the Bronx is not the only thing that has transformed. So have I. In twenty-two years of life in New York, I no longer feel that home is just in Italy, where I grew up and my whole family still lives. I must say, with joy and relief after many teary airport departures, that home has very much become where I hang my hat. Right here, in the Bronx.

Not surprising then, when the Bronx Council on the Arts (BCA) decided to celebrate its 50th anniversary, and launch its programming season, with the third Bronx artists’ biennial titled “Home is where the Bronx Is,” I couldn’t ignore the synchronicity.

On view at Longwood Art Gallery @ Hostos, 450 Grand Concourse, through June 6, 2012, the exhibit builds on the concepts of home, identity, the boundary between personal narratives and the history of a place, along with perceptions of urban and natural realms. Participating artists include Benton Bainbridge, Michael Cuomo, Darnell Edwards, Josh Millis, Hrvoje Slovenc, and Pam Sporn (see complete list). Admission is free.

“Home, the land, assimilation and a sense of belonging [are themes] that always interested me,” said Juanita Lanzo, director and curator of Longwood Arts Project.

A Puerto Rican native who moved to New York in 1999 and has experienced cultural adjustment, she co-curated the exhibit with BCA’s curator-at-large Edwin Ramoran and Kimberly Vaquedano-Rose, Longwood’s coordinator for technology and administration, who thought of naming the show after the saying home is where the heart is.

“I don’t think ‘home’ was ever literal,” added Lanzo, “I see [it] not only as a place of comfort, but [also] where you can adapt and adopt things, tell your story and hear others.”

Cultural transplantation and its psychological and existential implications are becoming a condition of our times. As it is, I am among the legion of the borough’s foreign-born naturalized citizens, 14.2% to be exact in a population of almost 1.4 million, according to Lehman College demographic expert Bill Bosworth. And over half of my fellow Bronxites are Hispanics who, just like I do with Italian, live in a bilingual/bicultural household.

Sharing how local artists deal with acculturation issues, tell intimate stories, or how they incorporate current socio-political distress in their creative projects is within the scope of “Home is where the Bronx Is,” which gathers productions by 2010 and 2011 BRIO (Bronx Recognizes Its Own) winners.

While the artworks were not conceived with that specific theme in mind and are in some cases indirectly tied to it, Lanzo explained that her curatorial team still wanted to make the point that if “there is no place like home, the Bronx is our home and is full of amazing [tales].”

As a transplanted Umbrian and journalist (not an art critic) who is curious about how others connect to issues of displacement, I appreciated Pam Sporn’s documentary “Cuban Roots/Bronx Stories: An Afro-Cuban Coming of Age Story.” The saga of her husband’s family who left Cuba in 1962 to resettle in the Bronx provided an original and moving, yet harrowing, portrayal of the identity hazards and ambiguous sense of place that can be triggered by the simple crossing of geographic lines.

“People can have multiple identities,” said Sporn of her husband’s experience  growing up in his adopted society. “They should be able to embrace them all, not being confined to a [box.]”

Darnell Edwards, the author of “Judgement,” “Christ with Angel Wings” and  “Slow Noir,” three mixed media paintings, brings a cross-cultural connection to the exhibit. He explained that his Antigua born father played a major role in shaping his work ethics and the sense of balance between hardship and grace that moves him and his craft.

For Josh Millis, who displays “Panovision,” a 16-piece photo arrangement, the attraction to the Bronx dates back to his childhood when “hip-hop and breakdancing were busting out of here,” he said, “and I was spinning on my head on a flat box cardboard, at home in central Pennsylvania.” Media artist Benton Bainbridgecalls the borough home because he can afford to grow roots here and create artwork that is meaningful to him. He produced “Brother Islands,“ (Southeast Bronx) a short documentary on the remains of the quarantines once housed there.

Michael Cuomo is more intentional about capturing the spirit of the Bronx and its people. In “State of Grace,” an oil on canvas, he painted “a Latino woman

selling mangos on 161st Street, near the court house.” Cuomo added that he “wanted to represent the working person, the street vendor, but also the Latino and the indigenous people of the land.”

The show hopes to give visitors a “way to relate to the stories we’re documenting, create a dialogue,” said Lanzo, and project a polished image of the Bronx unlike the one that “outsiders [still] have from 30 years ago!”

Comments for: Home is where the Bronx Is…Correct?